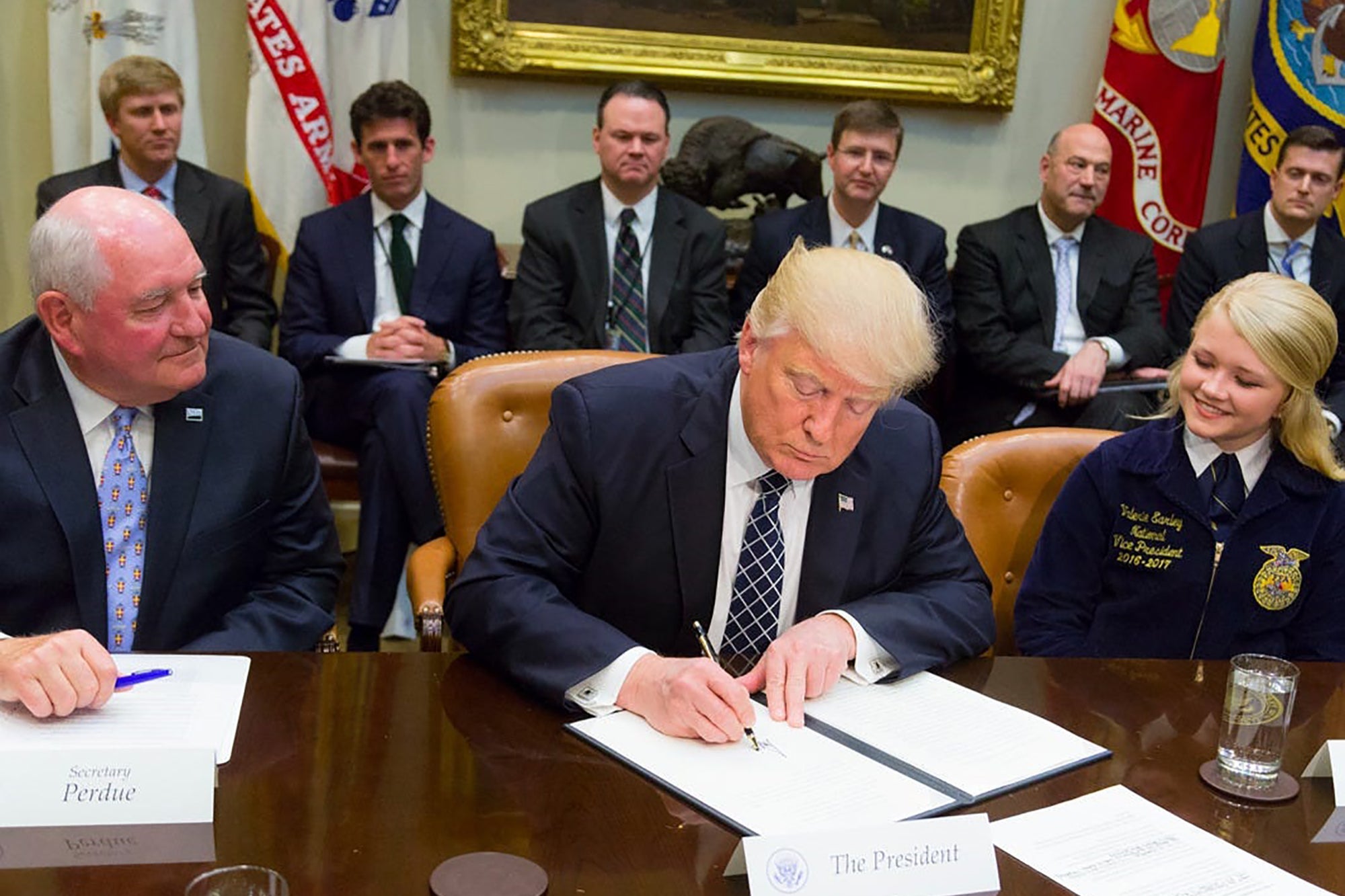 Trump is expected to sign such an order today.

President Donald Trump will target Facebook and Twitter in an executive order on social media, according to a draft that appears to have leaked online.

Kate Klonick, an assistant legal professor at St. John’s University’s School of Law, published what she said was a draft version of the executive order late on Wednesday. (You can read it here.) The Techdirt reporter Mike Masnick said he had received the same draft, and Reuters confirmed that it had seen a genuine draft.

The draft version of the order, which could still change, names Facebook, Google and Twitter and targets a section of US law under which tech platforms largely aren’t liable for what their users post and are fairly free to police content. Trump is expected to sign such an order on Thursday.

Specifically, the order would ask the Federal Communications Commission to examine those regulations under Section 230 of the Communications Decency Act and to look at whether platforms’ actions to remove or alter users’ content should mean they forgo these protections. After Twitter adding the fact-checking links, Trump accused the platform of interfering in the 2020 election and of “completely stifling FREE SPEECH.”

The draft order posted by Klonick says that online platforms “are engaging in selective censorship that is hurting our national discourse.”

“Tens of thousands of Americans have reported, among other troubling behaviors, online platforms ‘flagging’ content as inappropriate, even though it does not violate any stated terms of service; making unannounced and unexplained changes to policies that have the effect of disfavoring certain viewpoints; and deleting content and entire accounts with no warning, no rationale and no recourse,” it says.

Related: 8 Ways to Grow Your Audience to a Million Followers

The draft order asks the Federal Trade Commission to consider taking action against companies found to have violated the law or those whose attitudes about content moderation don’t appear to match their policies.

It also asks government agencies to review their ad spend to ensure there’s no money flowing toward platforms that appear to restrict free speech.